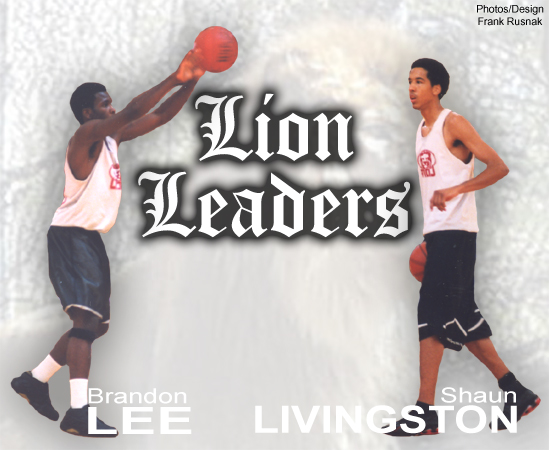 By Frank Rusnak
The key to this team is unselfishness, ball movement and great guard play. Coach Chuck Buescher has a gem of a team in this year's Lions of Peoria Central. Leading this squad will be two high-major recruits in Brandon Lee (Northwester) and Shaun Livingston (Duke) to go along with a strong supporting cast. Who will finish behind Peoria Central is the only question left to be asked in the preseason.